Located on the bank of the Perfume-River (Huong Giang), Hue had been recognized as one of the World Heritage Sites by UNESCO. Established as the capital of unified Vietnam in 1802, Hue was not only the political but also the cultural and religious centre under the Nguyen dynasty, the last royal dynasty of Vietnamese history from 1802 to 1945. The “Imperial City” in Hue follows the same symmetrical layout as Beijing´s “Forbidden City”. The structure of the Hue Monuments aligned cosmologically with the Five Cardinal Points (centre, west, east, north, south), the Five Elements (earth, metal, wood, water, fire) and the Five Colours (yellow, white, blue, black, red). Inside the complex are monuments, pavilions, tombs and pagodas. 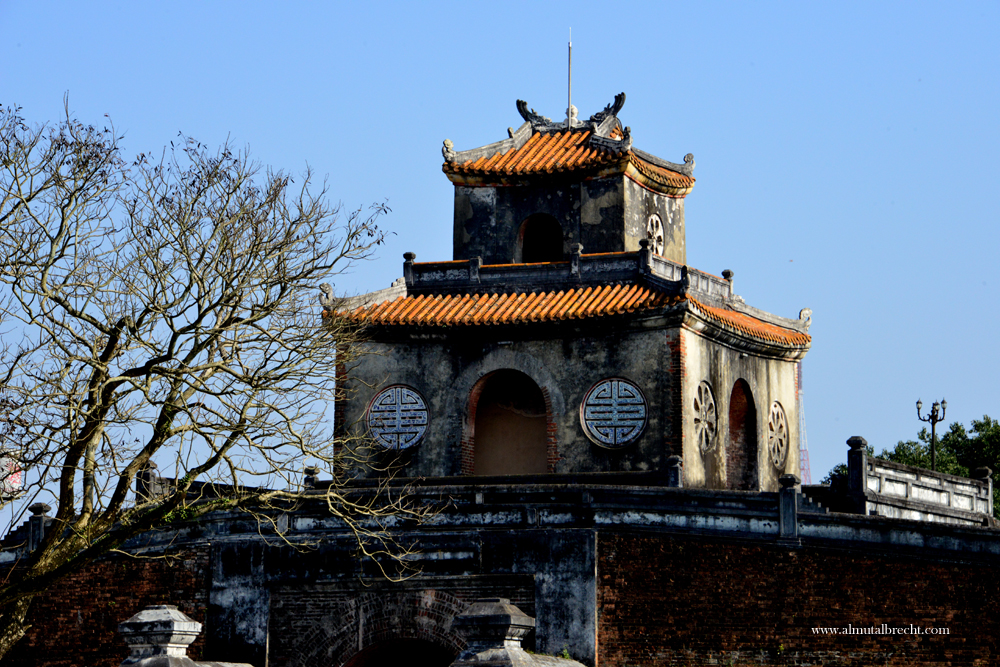 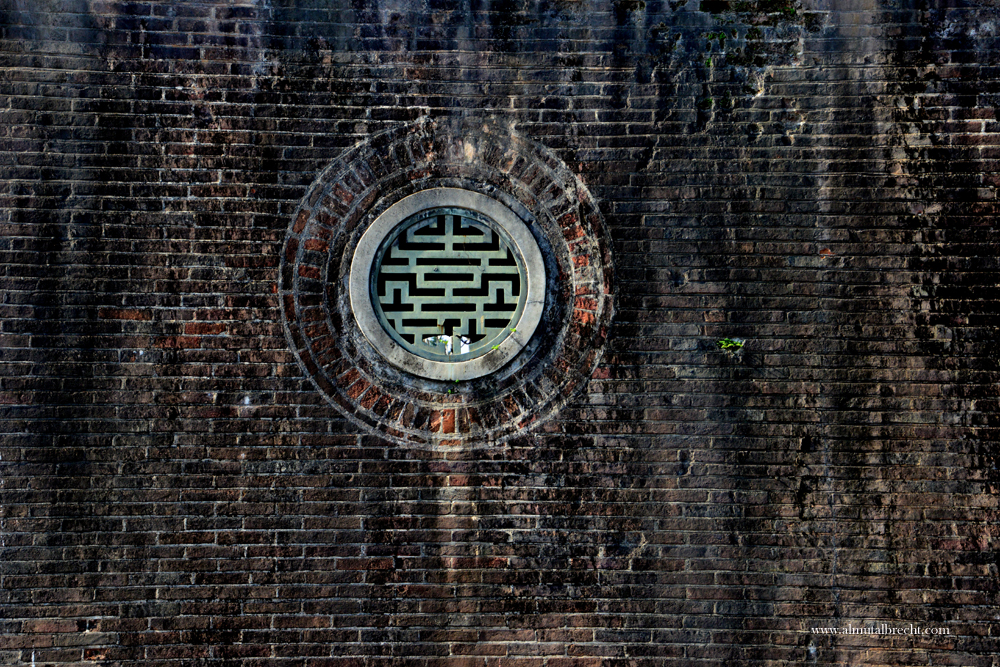 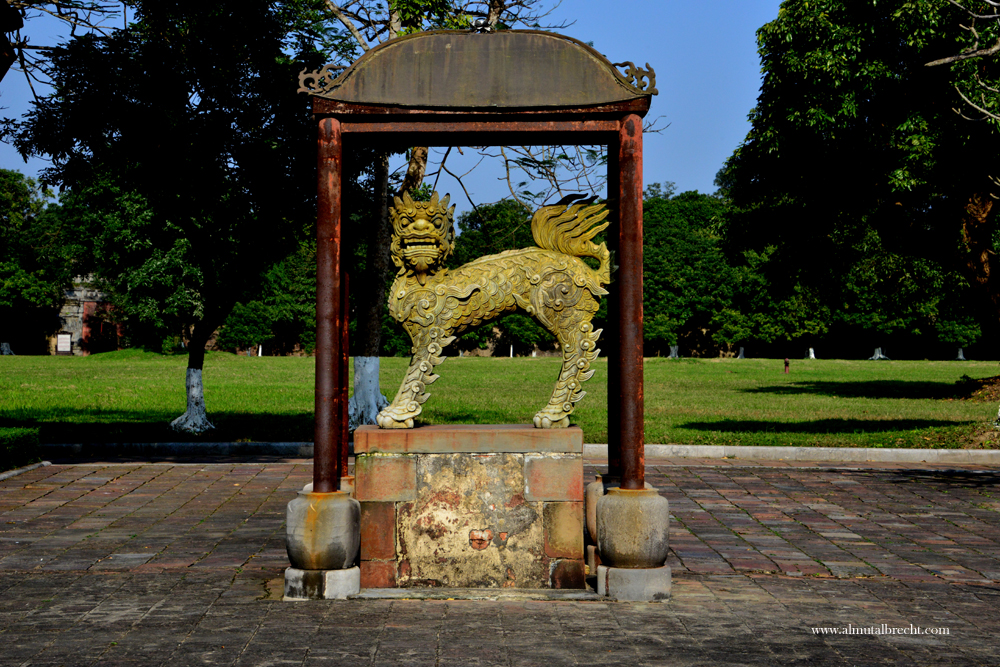 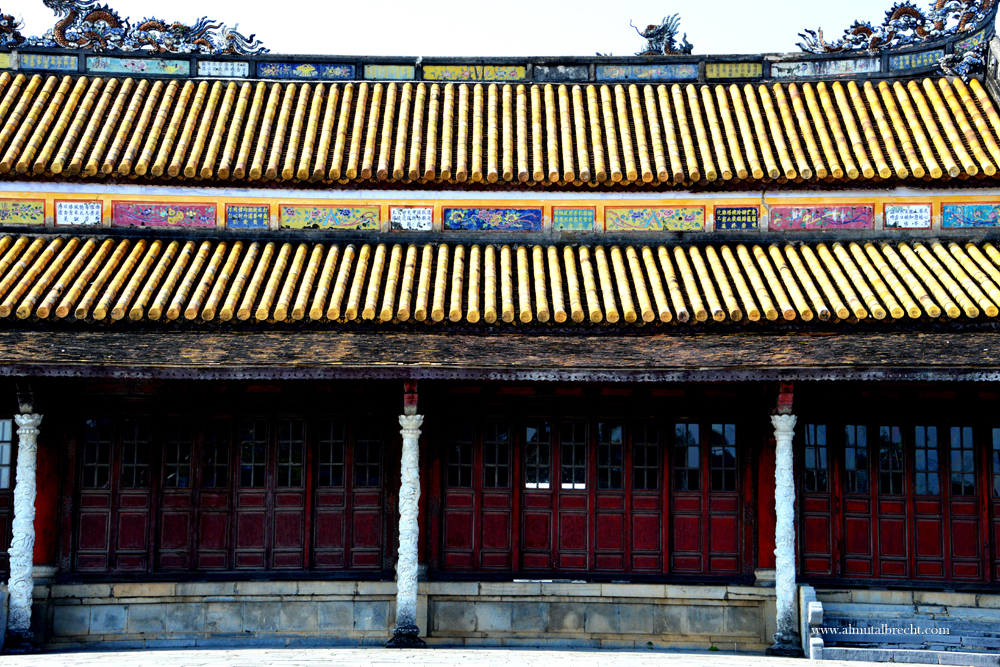 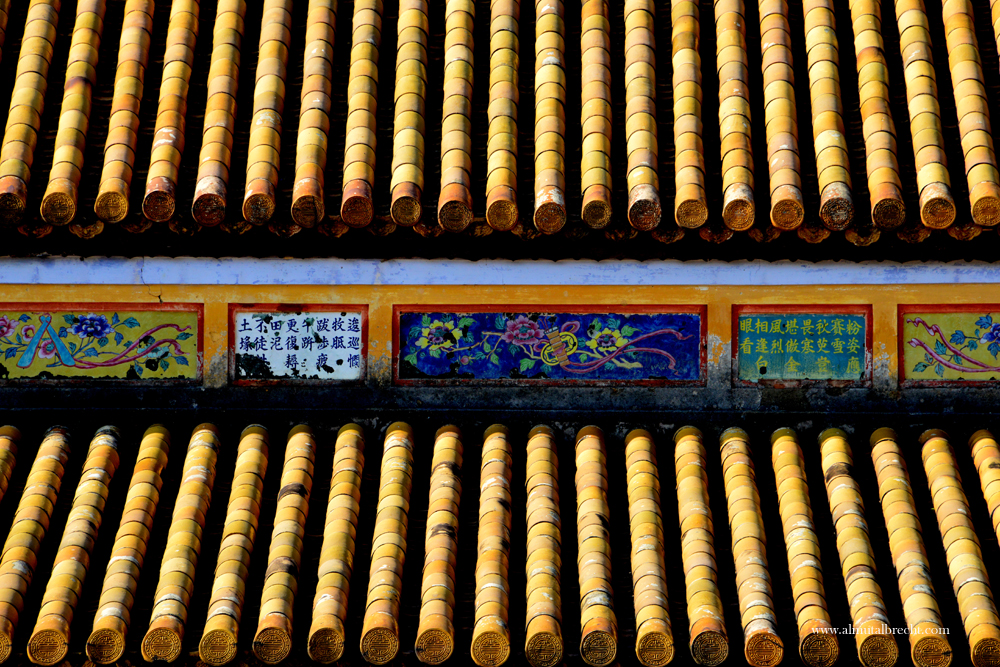 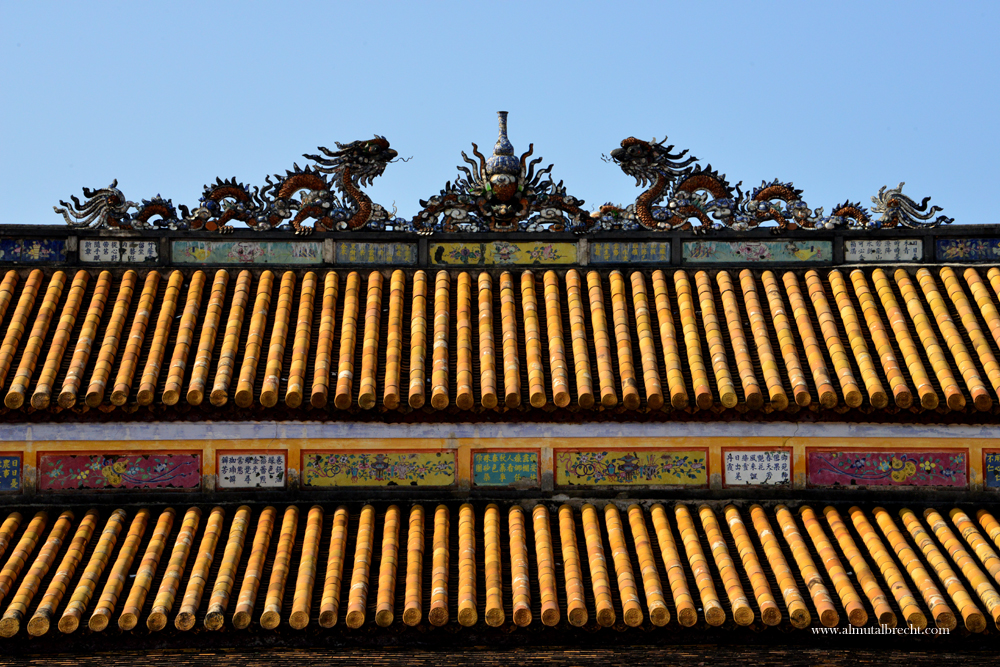 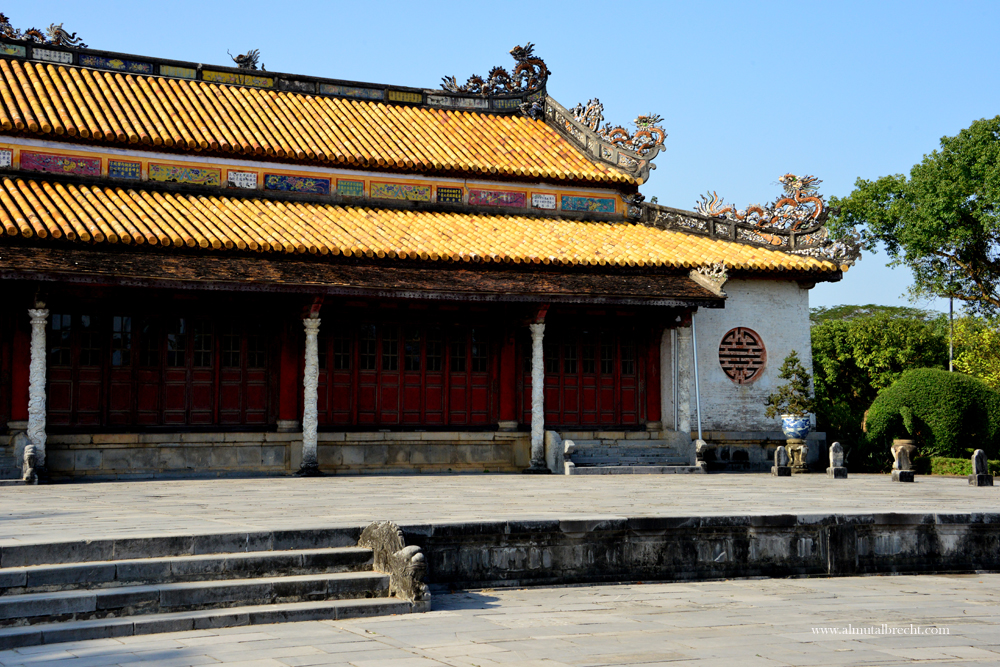 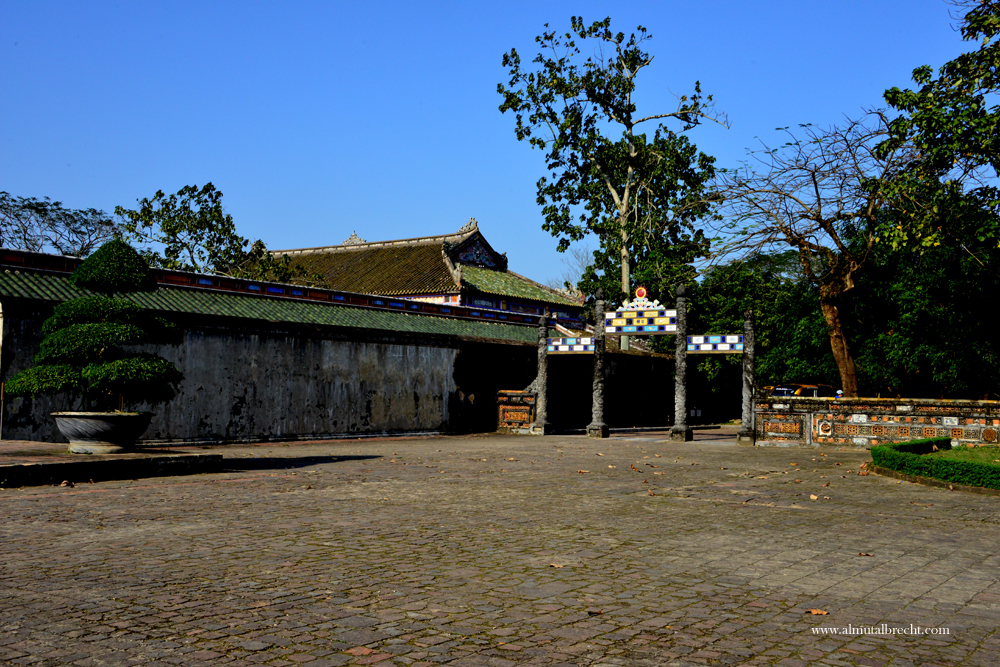 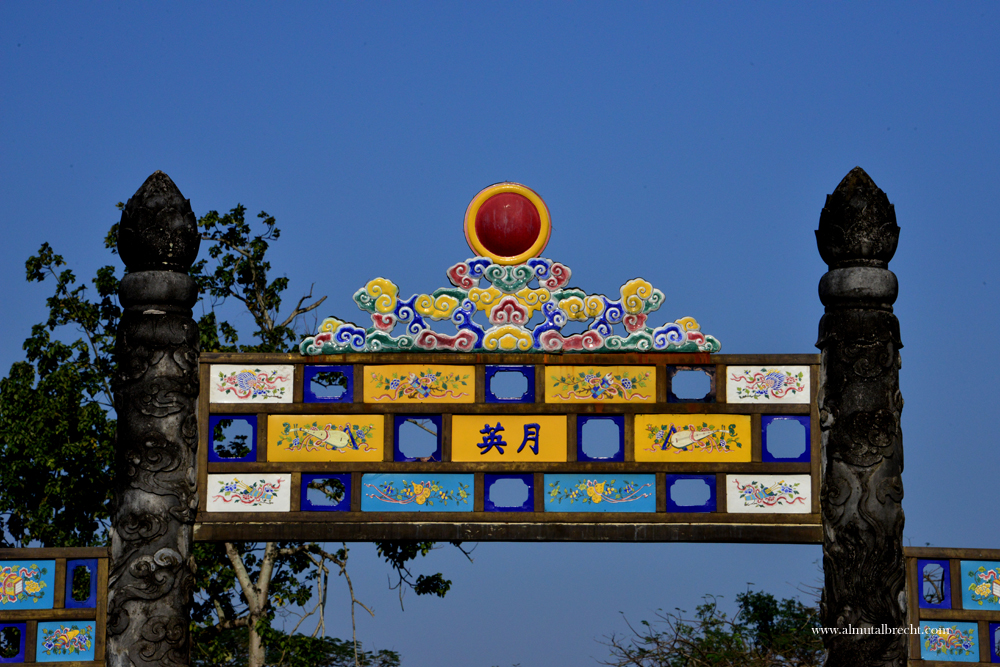 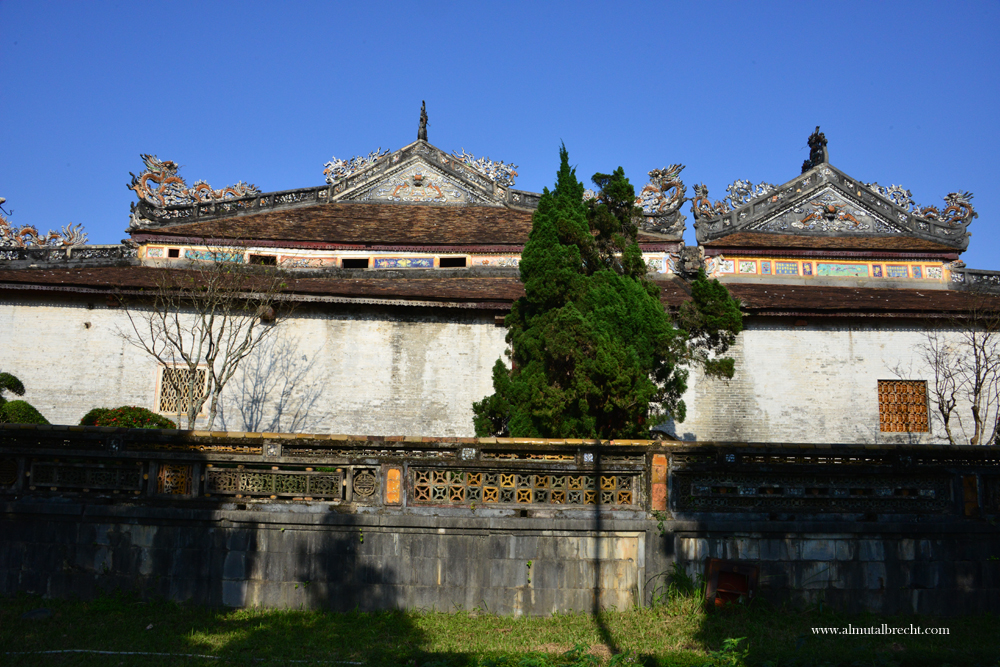 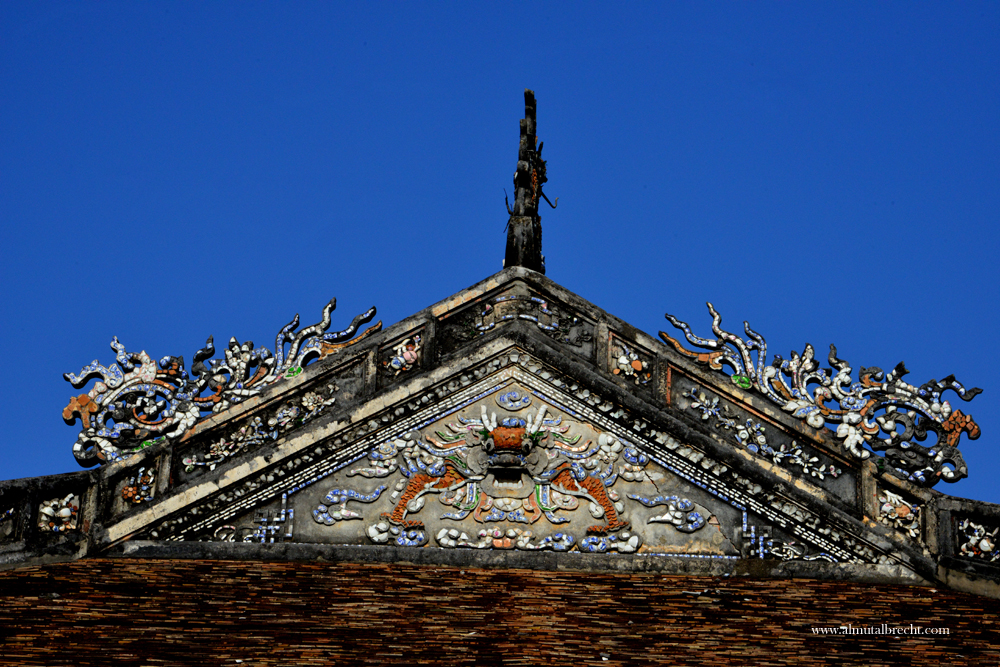 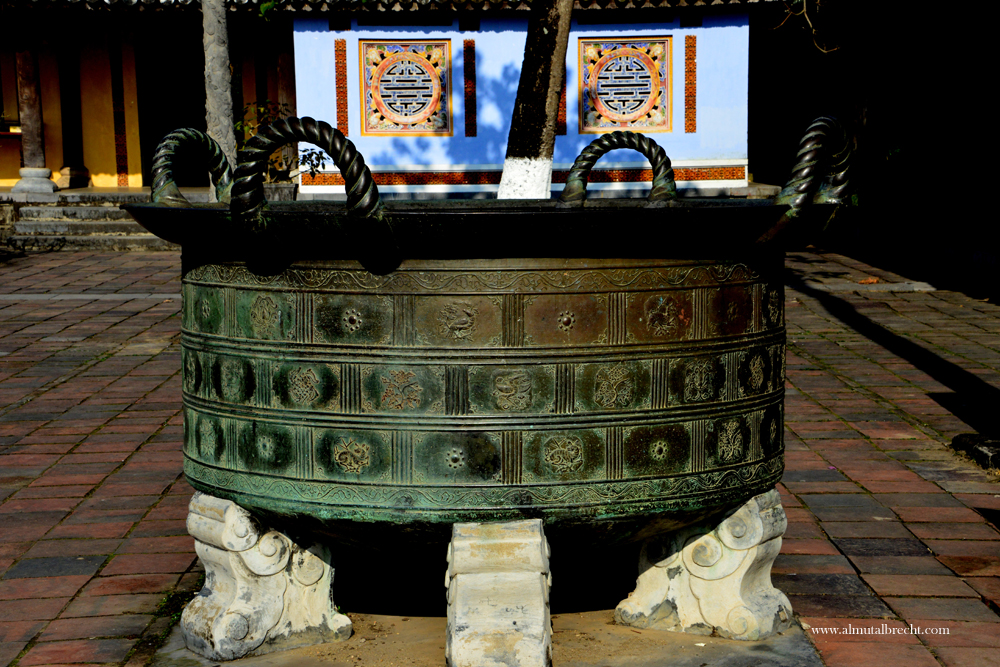 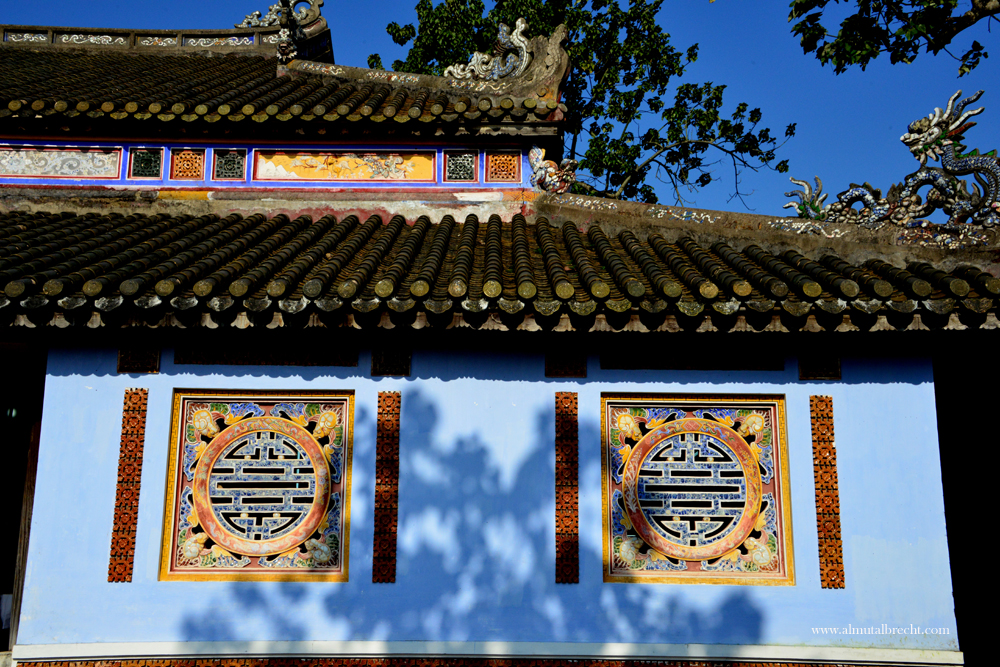 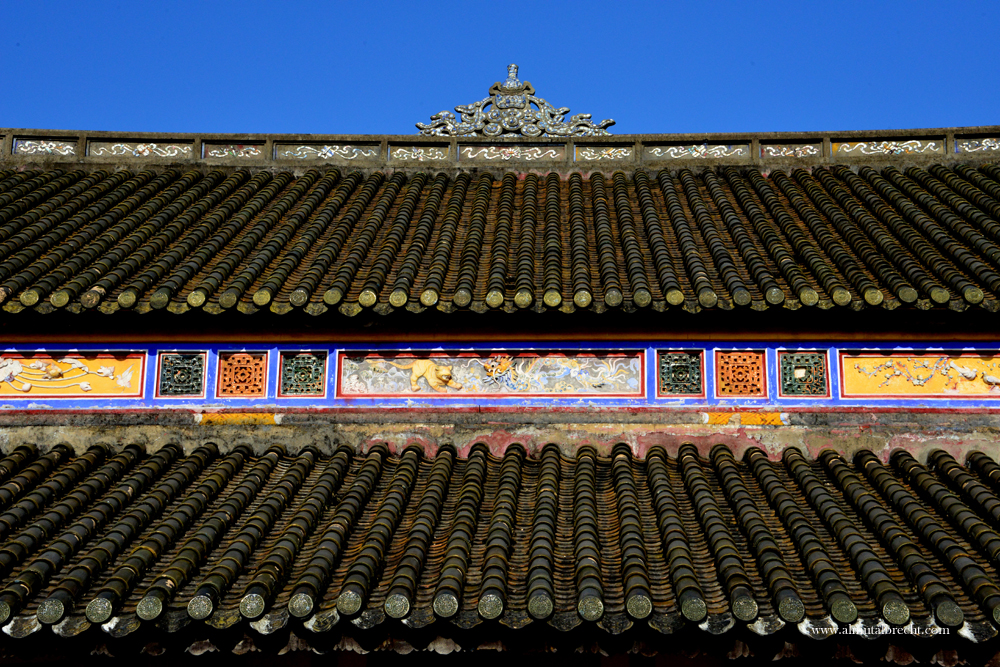 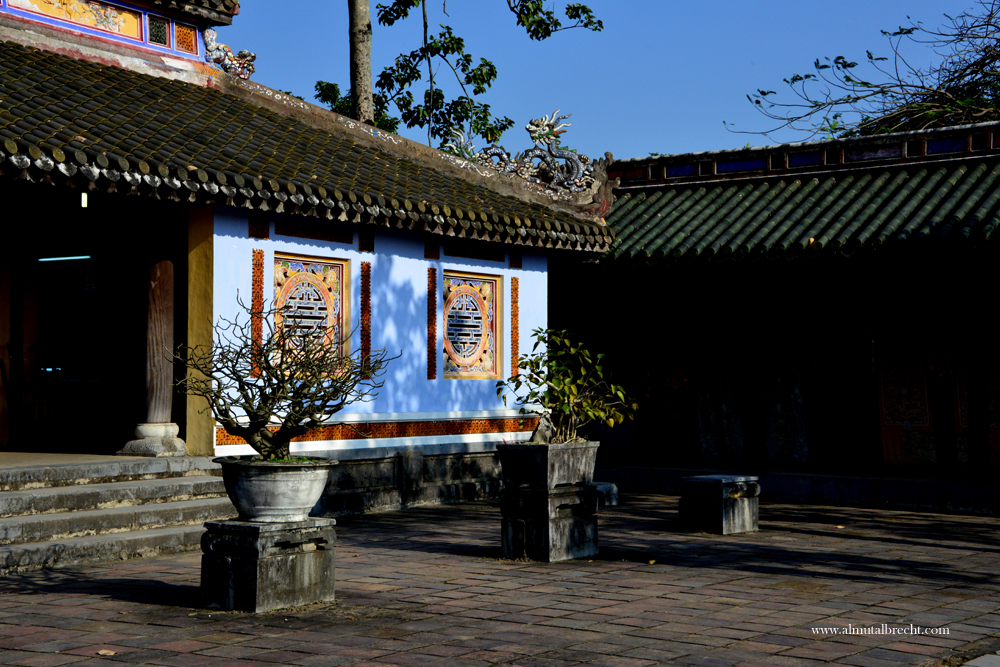